Computerized Adaptive Testing (CAT) has been in the news for quite some time as a technology being adopted at the state, and district level to improve the academic assessment performance for K-12 students. Legislation such as NCLB, and a push for a common-core standard have put pressure on many states to find solutions to improve performance and accountability in the classroom. For many state agencies the solution is CAT testing. But are states prepared for this innovation?

In mid-November Governor Malloy of Connecticut appropriated $14 million dollars for the use of CAT testing in Connecticut K-12 schools. This funding will be used to administer CAT end of year tests in grades 3 through 8 and 11. The CAT tests will be aligned to Smarter Balanced Assessments standards used by several other state education agencies across the United States.

Although Connecticut’s commitment to CAT testing will help improve the education performance of Connecticut’s students, many are still concerned about the state’s shortfall in the amount of money being appropriated with computer and bandwidth upgrades. These upgrades are paramount for a successful adoption of CAT testing.  According to WTNH Hartford, the state was only able to distribute $10 million out of the $24 million appropriated for technology upgrades in schools. This poses a central issue, will CAT be implemented successfully?

It has already been apparent in many states currently using CAT testing that they are seeing improved performance. What is still not apparent is how CAT testing will be implemented successfully in states where significant technology upgrades are still needed.

What is Item Banking? What are item banks? 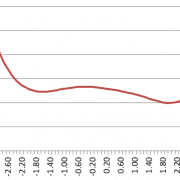 The “Opt-Out of Educational Assessment” Movement: Just What Exactly Do They Stand For?

Article on SMARTER Balanced adaptive testing in US schools

Recent article on adaptive testing in medicine
Scroll to top